As part of continued efforts to share your mobile voice, we created Featured Voices to help customers share their stories. To learn more about this initiative or apply to be featured,click here.

This month's Featured Voice is Josh Quinonez, a tech reviewer on YouTube with more than 26,000 subscribers. Josh took time out of his busy schedule and joined us for a quick interview to tell us about his tech vlogging journey that began with nothing but a phone.

How long have you been a tech reviewer onYouTube?

My first video was uploaded September 16th, 2016 on my channel that I named at the time, “Everything Android". So its now been 3 years and has a new name. Although when I first started, I was kind of off and on because I was vlogging on a second channel as well.

What inspired you to start creating vlogs and tech reviews?

With tech reviews, I was inspired simply by my love for tech. I’ve always been about tech, especially phones. I always wanted the latest and greatest of what was out there. Then, when I saw others on YouTube reviewing smartphones, I thought to myself, hey I should try this out. Now I can say that I absolutely love doing it!

When it comes to vlogs, I did have a secondary channel called JQ Vlogs. I would vlog mostly on the weekends because of my full-time job during the week. I can say that Casey Niestat and FunForLouis, who I was watching at the time, definitely inspired me to start vlogging. I just loved the whole creative aspect of it. Being able to create the way you want using ideas you come up with is always awesome. However, now I focus on my main channel called “Josh Quinonez", which is just my name, posting both tech reviews and then vlogs every once in a while to test out smartphone cameras. I might bring back the vlog channel later on, but we’ll just have to wait and see.

What was the first product you reviewed and why did you want to review it?

The first review I ever did was an LG V20 camera review. I reviewed it because it was what I had at the time. I didn’t have another camera to film the actual device, so I decided to just review the cameras. I am glad I did because it helped me to get started and get that first video out there. I always knew that my first videos would be my worst ones, so I knew I had to get those out of the way. Then, as time went on, I learned what I needed to improve on. Still to this day, I learn something new every day.

You primarily review smartphones, do you have a favorite phone or brand? What about itsets it apart from the others?

My favorite phone at the moment that is actually available on the market right now. It's the Samsung Galaxy Note 10 Plus. It does everything I need it to and more. Its got a beautiful build, an amazing display, awesome battery life and so much more! This phone is a beast! The S-Pen it has built-in definitely comes in handy. The one thing I love about Samsung devices overall, are the cameras. Unless I’m doing a camera review for another device, every video on my channel has been filmed, edited, and uploaded straight to YouTube with a Samsung device. I don’t own a computer or laptop, so the fact that I can do all of this on my phone, even to this day, is just amazing! Especially on my Galaxy Note device, it makes editing videos that much easier for me with its S-Pen and large display.

I’ve never really had a professional, dedicated setup for my videos. You’ll notice, in a lot of my past videos, I’m mostly outside or in front of my television. Sometimes I would even use a small kids table with a whiteboard over it to make it look like I was on a white desk. There are always little tricks you can use to make your setup look nicer than what it actually is. I’ve even shown this in a video once on how to start a YouTube channel on a tight budget. It wasn’t until recently that I finally got myself a decent little desk with some led strip lights in the back to add some color to the background. Then I also got some sound absorbing pads up on the wall.

As far as filming goes, I use a light tripod that extends up to about 5 feet, my smartphone, and now recently a Smartphone holder and Mic provided by Movo. If I’m filming outside, as you see in a lot of my smartphone reviews, my filming gear is my Smartphone, a small handheld tripod, and a smartphone gimbal. Nothing too crazy, but I work with what I have.

What was it like when you hit 26K subscribers?

When I hit 26k subscribers, it was an awesome feeling! I never thought I’d be where I am today. And I have to show huge love to my family because they have been my biggest supporters! I am on my way to living my dream, and every new subscriber I get is a new milestone reached. I am very thankful for all of the support that I have on the channel and off the channel. It continues to grow each and every day, and I am excited to see what the future holds.

Did you ever dream that you'd become aYouTube star?

Having a successful YouTube channel has always been a dream of mine and little by little, that dream is becoming a reality. Being able to share my thoughts and experiences with others around the world has been great! But not only that, also building friendships with other creators and partnerships with different companies has definitely been a great experience.

What advice would you give someone who's looking to start aYouTube channel likeyours?

My advice would be just to get started. Don’t worry about having the most expensive equipment and nicest setup. Remember, I started with just my smartphone, and I still use my smartphone for all of my filming and editing. Don’t let anything hold you back and don’t be afraid of failure. Some of the most successful people in life failed a lot before they ever reached success. You take that failure and use it as fuel to keep on going, to learn from your mistakes and with hard work and dedication, you’ll achieve your goals. Whatever you do, do not give up! 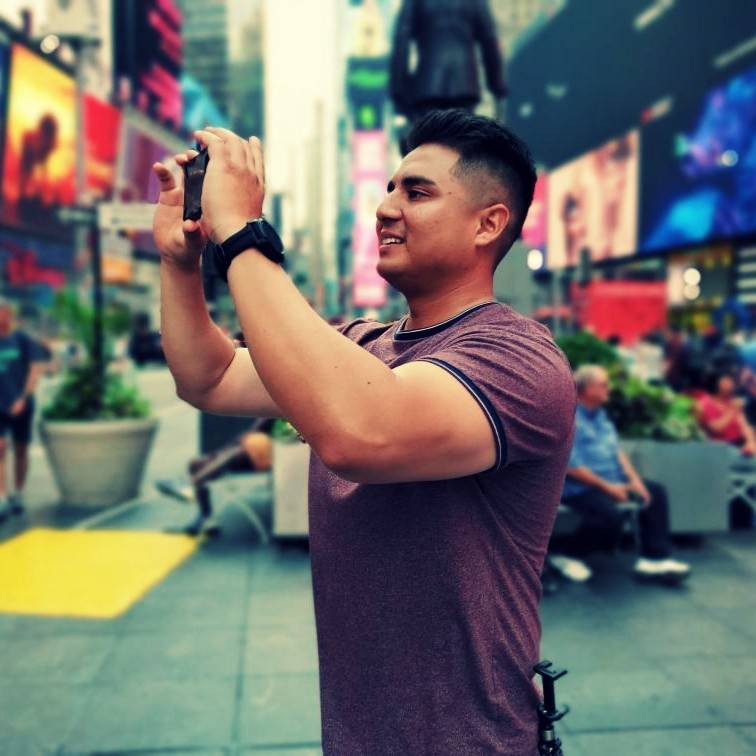 Has it been an easy journey to creating a successfulYouTube channel or did you experience some hardships along the way?

I wouldn’t exactly say my journey has been easy. It has been challenging but very enjoyable. Coming up with ideas for videos isn’t always the easiest, but once I have my mindset on something, I get excited about it and want to start creating right away. There was a point where I felt the channel wasn’t getting anywhere, but that didn’t stop me. I kept working at it, came up with different video ideas, and with all the hard work I noticed the channel start to grow, and I was getting a lot of positive feedback.

It wasn’t until I was invited to a big Samsung event that my channel experienced a big increase in subscribers and views. I was able to get an early, hands-on look at a new device and create content. Through this, I gained over 10K new subscribers and had my first ever one million views on a single video within a week! This whole experience has shown me what hard work can really do, and I am excited to keep on creating.

What can we expect to see on yourYouTube channel in the very near future?

You can definitely expect to see more great content! I have tons of new ideas that I am excited to bring to the channel! I definitely plan on vlogging more as well in the near future so my viewers can get to know me a lot better. I am hoping to create more friendships throughout my journey on this platform and definitely more partnerships with different brands. This is just the beginning, so stay tuned!

What do you ultimately hope to achieve with your vlogs and tech reviews?

I hope to bring the best informative content I possibly can to help the viewer in deciding if a certain product is right for them. I also hope to inspire those that want to also create but feel they can’t because of lack of equipment. As I’ve shown in a lot of my videos, I use my smartphone for everything. I want them to know that sometimes the Smartphone in your pocket is all you need to get started. Then, of course, I would love for this to be full-time for me! Creating content is what I love to do, and being able to have that freedom to create whenever I want and put more time into it would be a dream come true! So like I said earlier, this is just the beginning and I am excited for what the future holds!

Thanks again to Josh for being this month's Featured Voice, you can see more of his work on his YouTube and on his Twitter.

The Best Wireless Microphone for Smartphone